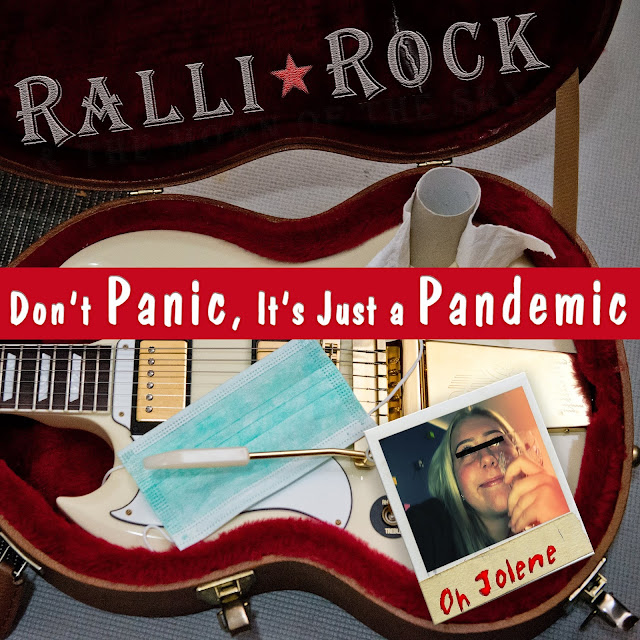 
The new double A Side single is NOW on all platforms (Apple is coming soon), even on Spotify, and I really hate them for various reasons (my label forced me this time)

Some people will most likely misinterpret the song "Don't Panic, It's Just a Pandemic"
It's a fun song, no denial song! Keep that in mind!!
I certainly do not want to make fun of the pandemic.
Tragedies stay tragic, but never lose your sense of humour, especially in times of crisis & curiosity.

If you feel sad, just play this little tune and make it your daily pandemic anthem.
If you're drunk and in good mood, do the same. It works for each situation ;-)


If you like the song, please download and buy it. It comes together with a brand new version of "Oh Jolene", another little punky glam rocker (originally unofficially released in an older version in December 2019)

Your downloads will help me going through this weird situation of being an unpaid musician who is currently not able to perform live.
And btw, the red light girls want me to pay my outstanding accounts :(

YOUR support in times of COVID-19 (CoronaVirus)

Due to Covid-19 I have to postpone my long awaited & overdue new album again :(
BUT while in quarantine/isolation I am currently recording an exclusive new single, that comes out soon. It's a somewhat funnier song. In such serious times we should not lose our sense of humor.

It's tough for independent musicians these days, No gigs,  no physical releases etc.
If you wanna show support, donate or just buy your musicians MP3s or CDs etc now. It really helps!!!

YOUR SUPPORT IS MORE THAN APPRECIATED AND REALLY NECESSARY

My work is available here:
The most part of the money reaches us, if you buy directly at our Label, at Bandcamp or Ebay
-->BANDCAMP (Download, CD and excl. stuff)
https://RalliRock.Bandcamp.com

-->CDs directly from my LABEL
https://ContraMusikProduktion.de/releases.html

-->And there is a Donate button on my homepage https://rallirock.de

Have a good life and stay healthy, brothers and sister and take care for each other!!!
Ralli Rock & The Moan of the Sky
Eingestellt von Ralli Rock um 5:45:00 PM No comments: Links zu diesem Post

Here is a list of last years final day and the streaming income at Apple music for 6 songs.
Wow, six songs streamed and I earned...1,7 Dollar , no CENT. Yes, 1,7 CENT
I had immediately invested this nice bit of money into my next ...string (more streaming necessary to get at least one string paid ;-))

People, buy the CDs. They last longer, look and feel nicer, they often include the lyrics and the musicians and labels earn at least a little bit more.
Making real music with real instruments and recording and releasing albums is actually not really inexpensive.

PS: You wanna donate? Send this beggar a few cents to "ralli(AT)againstit.de"

"MORNING LIGHT":
Official No-Budget Video (what else, right?)
Originally released in a Lyric Video for my Instagram followers in Spring 2019.
Not really a typical Mr. Rock song, but then, who cares.
The reaction was almost (close to, well, almost, you know...almost) overwhelming, so I decided to release it now officially  on YouTube, too... -well almost (I seem to like this word) official.
I added a few moving pictures of an incredible good looking, handsome man, who almost (again..whats wrong with this word, dude?) looks like me.

rarely on FB, but you can follow me there, too:
https://facebook.com/mrrallirock

DONATIONS:
Very welcome to help me to stay independent and to release my new album!
You can, for example, send a few Cents as "friends & family" to "ralli(AT)againstit.de"

Brand new single out now on bandcamp
(didn't find the time to release it elsewhere, cause it HAD to be out December the 10th)

Dedicated to the one and only J.K.
Luv ya!!

PPS: The current version of "Oh Jolene" is the hopelessly overmastered version by O.C. to make it sound bigger as it is.. ;-)
There is also a "regular" mastered version (by Rabendorn) available and coming. 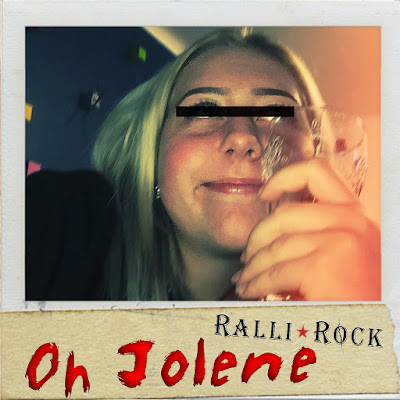 A different/unexpected album is coming!!

We are working hard on the recently recorded dirty blues & rock album,
which we started to work on in 2018.
All  tracks are recorded and the mastering process has started.
BUT  due to certain circumstances I decided to postpone it to next year.
I don't wanna rush it and I don't wanna sell it to the first label that comes around.
I may consider to release it on our small label again, before I sell my soul to "someone".
I have a couple of interesting labels in mind but I haven't contacted even one of them yet.
I want in general more time for this Baby, hence the release delay.
I don't make music for the money, obviously, cause I'm a "broken buddy", if that makes sense ;-)

Anyways.
Within the last years I have recorded a couple of different sounding songs, that never have been released and since last week I m back in the studio again, recording even more new songs.
When your rotten mind gets creative, you HAVE to go for it and record these ideas. I love that process and I'm glad I'm back in the studio again for another 3 or 4 or 5 new songs, which aren't true blues or true classic rock tracks, though they always sound like, well, me.

Today I thought to myself: damn it, all of these "different sounding" songs could make a damn nice and interesting album ( I am more or less sober at the moment, so neither whisky and definitely nor weird drugs had an impact on this state of mind ;-) )

This new "unexpected" album MAY be nothing for the Blues or Rock purists, but then I don't care anyway. I would say it's going to be a typical R. Rock album and I am sure many Rock AND Blues lovers will like it.

So expect another album coming from me even before the long announced follow up album to "To bring to light" (2017).
These new plans surprised myself, too, and surprises are a good thing, right?

Ok, dear friends, this old man has a lot of work to do, but there will be new music coming soon.

Me, myself and I